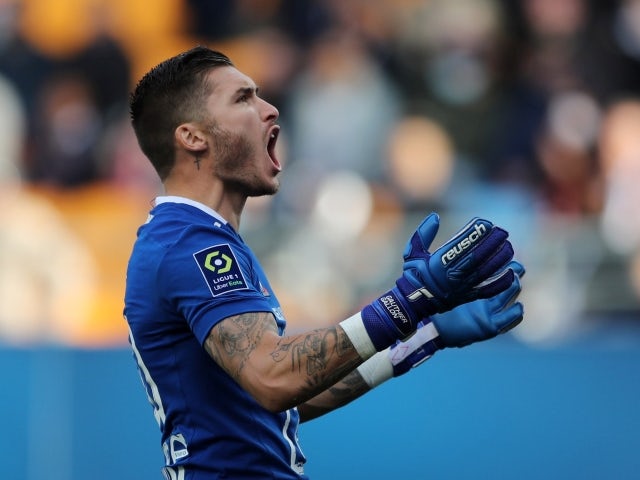 On Sunday in Ligue 1, both teams will be going into a tight fight..Both clubs will be aiming to turn things around when they meet at Stade de l’Aube because not one of them managed to win on the season’s first weekend.

Troyes vs Toulouse  Tips and Prediction

Bruno Irles, who has had success since taking over as head coach in January of this year, will be trying to keep his team out of relegation jeopardy after they finished 15th in their first season back in Ligue 1.

Giulian Biancone, a gifted right back, was sold to Nottingham Forest for £9 million, enabling ESTAC to sign six new players, most notably 18-year-old Savio from Atletico Mineiro for over £6 million.

Troyes’ hearts were broken by Teji Tedy Savanier’s 81st-minute winner, despite twice pushing Montpellier back away from home on Sunday. In reality, there wasn’t much the visitors could have done to stop Savanier from brilliantly shooting the ball into the top corner from outside the area after he allowed the ball run across his body.

Despite losing, Irles would have been pleased with his team’s enthusiasm in making two comeback attempts, with Mama Balde scoring a spectacular volley himself. To beat freshly promoted Toulouse this weekend, a win is necessary, but pressure is mounting. In fact, Toulouse returned to Ligue 1 at the second attempt after Philippe Montanier won the Ligue 2 championship in his first campaign as manager.

The tie between Nice and Les Violets, who finished fifth last season and are expected to contend for a Champions League qualification slot once more this year, was stunning. A second debutant stole the show with former Arsenal midfielder Aaron Ramsey’s late equalizer after a trademark late run into the box and well-placed finish into the top corner. Thijs Dallinga scored on his debut by guiding Branco van den Boomen’s inswinging cross beyond Nice goalkeeper Marcin Bulka.

Although both teams are predicted to finish near the bottom of Ligue 1 this year, Toulouse may learn more from how they perform in Troyes on Sunday. Nevertheless, a draw was a good way for them to begin their campaign.

We anticipate a split of the spoils on Sunday in Troyes since both teams are determined to avoid defeat.

Quality-wise, there is not much separating these teams, yet the visitors might surprise some this year as they attempt to avoid an immediate relegation to Ligue 2.