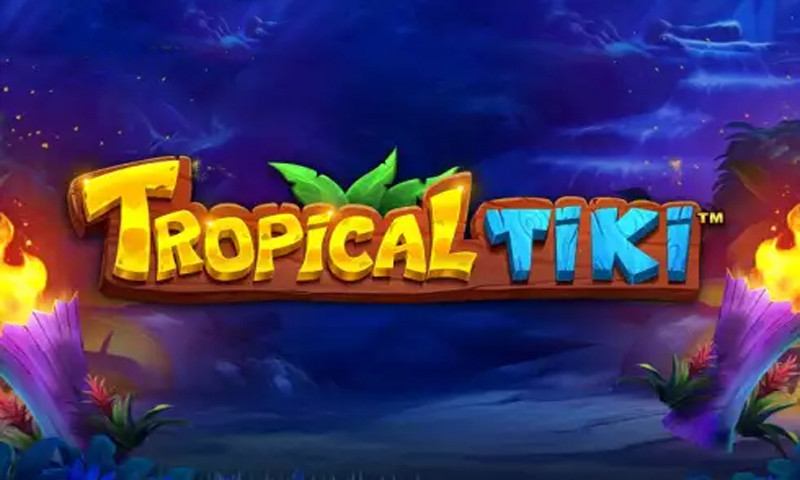 Tropical Tiki is an intriguing slot for gamers, and it’s not simply because of the theme. Instead, it’s about the game’s wide play area and potentially high RTP. Pragmatic Play is another well-known developer who is always worth investigating.

Tropical Tiki features 6×3 reels and up to 6,400 different chances to win (only 729 ways to start with though). Despite the fact that there is a wide variety of RTPs, the highest number of 96.43 percent is an excellent one to look for. Payouts aren’t huge, with up to 3,000 times the stake being offered. Scatters, free spins, and tumbling reels are among the features included in Tropical Tiki.

When everything comes together and you have the finest round imaginable, Tropical Tiki will pay you a maximum of 3,000 times your stake. It may not seem like much, but if the RTP level is set to the maximum of 96.34 percent, it could be plenty. Keep an eye out for that, as lower RTPs are also a possibility.

This slot machine is considered to be extremely volatile, with a rating of 5 out of 5.

Features of the Tropical Tiki Slot

One of the most essential aspects of the Tropical Tiki experience is the way it creates combos and then gives you a second chance to win. I’m referring to the Tumbling Reels feature, which keeps the winning symbols and any scatters in place while deleting the loser symbols. The tumbles will continue if the old combinations are improved by the new symbols.

Golden Tiki Masks are scatter symbols that can appear on reels 2 through 5. If four or more appear at the same time, you’ll be awarded eight free spins.

The free games now have a wider gaming area, with 5×6 reels, however not all of them are available at first. Although some slots are locked, they are unlocked at random each round. Each reel can only have 8 symbols active at a time.

Tropical Tiki’s images transport us to the centre of an island’s jungle, rather than a nice beach. We view it at night, and it’s still a magnificent experience, however if it were up to me, I’d still go to the beach.

From the lowest to the highest paying symbol, the Royals appear on the reels first, from 10 to A. They’re followed by Tiki idols in blue, green, and red, as well as pictures of a coconut, custard apple, and dragon fruit. The scatter will be the Golden Tiki.

Tropical Tiki has a wonderful design and performs better than most modern slot machines, so give it a try. The smaller top reward is the only thing I don’t like, and that’s mostly because I foresee a higher-volatility release.