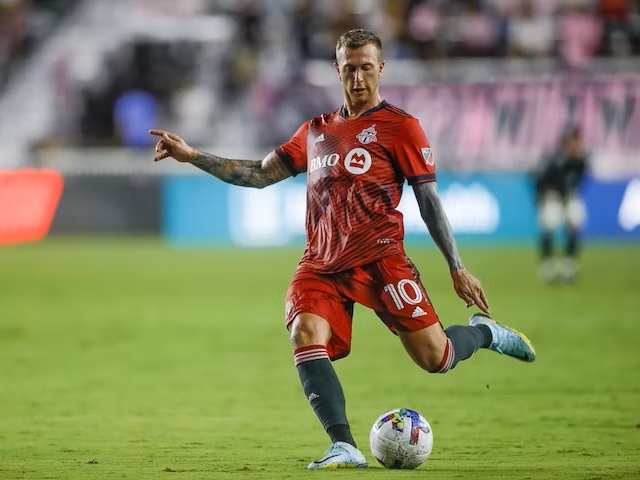 Los Angeles Galaxy will go to Toronto FC’s BMO Field on Thursday in an effort to secure their first string of consecutive away victories in Major League Soccer this year.

At the Bank of America Stadium on Sunday, Toronto FC defeated Charlotte FC to get back on the winning track.

After a dull first half, Lorenzo Insigne and Federico Bernardeschi, two new recruits from Italy, combined for both goals to hand the Crown its second straight defeat.

Bob Bradley’s team presently sits in 10th place in the Eastern Conference standings with 33 points from 28 games, tied on points with 11th-place Atlanta United and three points behind Columbus Crew in the race for the last playoff slot.

Toronto FC is now on a four-game winning streak at home, where they have accrued eight of a possible 12 points since losing to Seattle Sounders in July, after playing two straight away games.

On the other side, Los Angeles FC secured their first victory away from home in the MLS since May by holding on to defeat New England Revolution on Monday at Gillette Stadium.

After assisting Daniel Aguirre in scoring the game’s first goal in the fourth minute, veteran forward Javier Hernandez pounced on a defense-splitting pass from recent acquisition Riqui Puig to give the Galaxy a lead heading into halftime before Carles Gil pulled one back for the home team in the 82nd.

Greg Vanney’s team had previously suffered four straight road losses and had only earned one point out of the previous 15 opportunities since a victory against Austin FC on May 9.

Los Angeles Galaxy currently sits seventh in the west with 37 points after 26 rounds of competition, even though they still have one game remaining, after picking up two victories and one draw in their past four games to put themselves into postseason contention.

Los Angeles Galaxy seem to be back in their groove and are really confident going into the midweek match. However, we are betting on Toronto to maintain its winning streak from last weekend and hold out for a narrow victory.