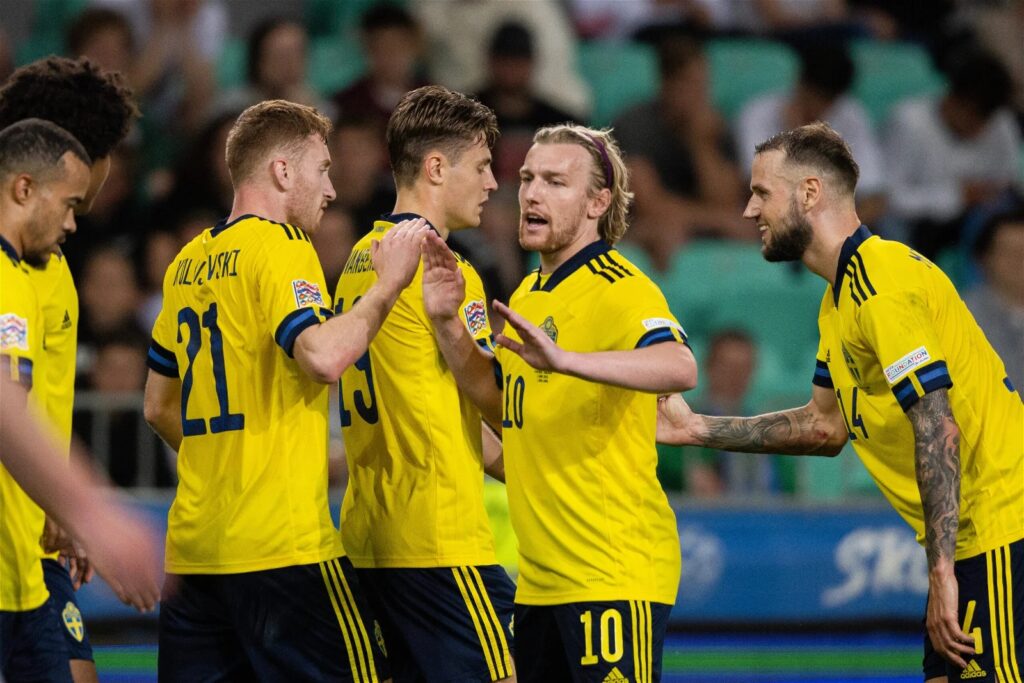 After winning on the first day of the new UEFA Nations League season, Nordic neighbors Sweden and Norway will face off in Stockholm on Sunday in a long-running rivalry.

The two teams will battle it out for the opportunity to move three points clear in the early League B Group 4 rankings and gain promotion to Europe’s top division.

Sweden Vs Norway Tips  and Prediction

Sweden experienced even greater heartbreak in March, when they failed to qualify for this winter’s World Cup after being relegated from the Nations League’s elite tier and then failing at the first knockout stage of Euro 2020.

The Scandinavian nation was on track to qualify for Qatar 2022 automatically ahead of continental powers Spain heading into November, but defeats to Georgia and their Spanish rivals forced them into the playoffs, where they eventually lost to Poland in the final.

Head coach Janne Andersson is leading his club through a tough period of Nations League activity, which began on Thursday with a match against a Slovenian team that had only recently achieved promotion from League C in the competition’s most recent edition.

Sweden won 2-0 in their first game of the 2022-23 season, scoring at the conclusion of each half through Emil Forsberg’s penalty and Dejan Kulusevski’s spectacular late strike.

Andersson now has 13 victories in his previous 20 games, but the long-serving manager will undoubtedly have his hands busy in the coming days.

The Swedes must face a powerful Serbia team that immediately qualified for the World Cup ahead of Portugal between this week’s match and the return match next Tuesday, but the nation’s 110th encounter with its Nordic foes takes precedence on Sunday.

Norway’s World Cup qualification campaign began with promise, but ended in defeat, as they placed third in their group behind the Netherlands and Turkey, much like Sweden, whom they had only beaten 24 times in 109 prior attempts.

Stale Solbakken’s youthful team will not be prepared to play on the game’s biggest stage this winter, and despite the emergence of a bright generation, they have not reached the finals since 1998.

Following back-to-back friendly victories in March – without conceding a goal against Slovakia or Armenia – the Lions paid a visit to Serbia on Thursday, where they eked out a 1-0 win against the odds in the infamous ‘Marakana.’

Notwithstanding the  hosts pressing high and firing in far more shots on goal, Norway relied on the predatory talents of Manchester City-bound Erling Haaland to decide the game’s outcome, as the dominant sticker struck half – way through the first half, and they were able to win the game.

With Slovenia and then Sweden visiting Oslo next week, Haaland and co. will be well-positioned to establish a stranglehold on Group 4 leadership if they can take even a point home from Sunday’s encounter.

Given neither team’s proclivity for conceding goals and the fact that this match is early in the Nations League, a draw is a distinct possibility on Sunday.

Both teams are used to keeping more technologically advanced nations at bay, so taking the lead isn’t always easy – but Norway’s younger generation can be remarkably wonderful on occasion.