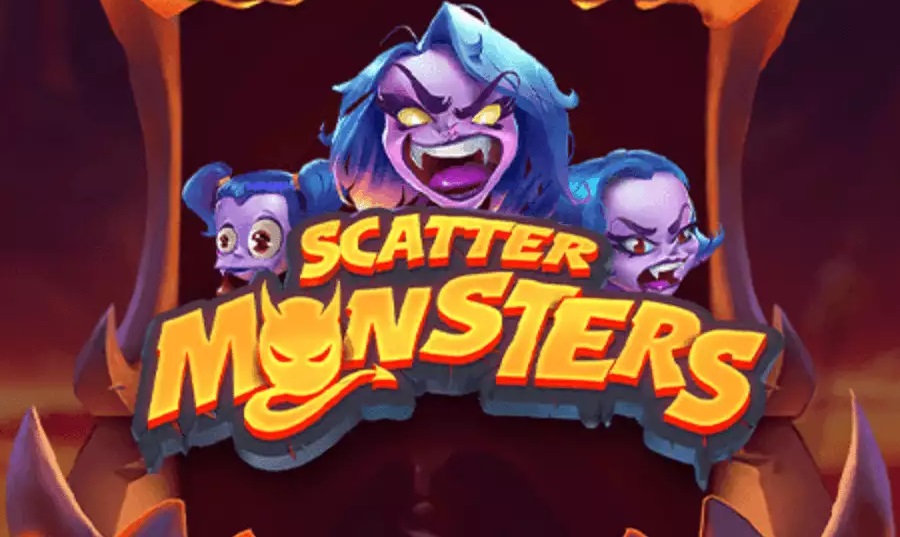 The provider Quickspin’s game sheet for Scatter Monsters provokes an interesting question; ‘Which do you prefer, festivals or staying at home?’ Consider Woodstock, for example. Though it may have achieved near-mythical status, if you look online long enough, eventually, you’ll find negative feedback about the legendary festival. Like the rain and mud making conditions miserable, food shortages, lack of bathrooms, and mountains of garbage everywhere. On the other hand, its lengthy lineup of performers included musical giants like Jimi Hendrix. A tough decision to make.

The game board is a 6×6 panel that uses a scatter pay system to create wins. When eight or more matching symbols are visible in any position, a win is created, and those symbols are removed from the reels. New symbols then drop down to replace those removed, but this process will repeat until no new scatter win can be formed. The festival has been designed as a medium volatile math model with an RTP of 96.08%.

Paytable info includes symbols and their related rewards. Pay symbols are divided by colors and types To make it easier for you. Vampires are blue, zombies are green, and demons are red. Symbols are categorized this way because each color connects to A Soul Meter, Which we will cover next. For the lows, there is an Impish Vampire, Hatchling Zombie and Puny Demon; The mids feature a Vampire, Zombie and Demon, while the highs offer up a Large Vampire, Huge Zombie and Grand Demon, respectively.

You can win big in Scatter Monsters, and the key to unlocking all of its features–such as Soul Meters, Symbol Upgrades, Colour Removals, free spins, and win multipliers–are Scatter wins and Heaven Gift symbols. Here’s a quick explanation of how it works.

The following occurs when winning scatters are hit- the symbols forming them are collected in the Soul Meter related to their color. Filling the meter triggers its modifier extra;

If the Vampire and Zombie meters are overfilled, their feature will trigger more than once. Souls have been collected in the Vampire Meter; for example, if 40the Symbol Upgrade will be awarded twice. All meters between spins reset.

In Quickspin’s game sheet for Scatter Monsters, players are enticed to get access to the VIP room in hell, where they can mingle with Satan and other superstars. Maybe they’ll even get his autograph? It’s sort of like when somebody says something outrageous in public and then pretends it was all a joke afterwards. You can’t help but wonder if they were serious.

Free spins proved to be much more eventful than the base game. Initially, it seemed unfortunate that meters were not persistent between spins. However, the hit rate appeared higher during the bonus, resulting in more meter fills and good multipliers from the leftover souls. Although there are several different personalities in-game, let’s refocus our attention on the mechanics of playing itself.

Winning small amounts became increasingly rare, the meters were barely filled, and it felt like our balance was slowly slipping away into some dark unknown. However, the first triggered free spins brought my balance back to where it started. Free spins proved to be a lot more eventful than playing without them active. Initially, I was upset that the meters weren’t persistent between spins. But then I noticed that hits happened more frequently during bonus rounds, filling the meter more often and gaining helpful multipliers from leftover souls.

As mentioned before, it’s unlikely that anyone will ever achieve an all-time-high score in Scatter Monsters because of the game’s limited potential. With Scatter Monsters, we take another look into the Quicksin psyche or at least a deeper look into one unusual side of it. It’ll be interesting to see what kind of audience will take to Scatter Monsters. Even though there is no guaranteed payout for hitting certain monster combinations, the game still feels exciting and fast-paced. In other words, it had a high-risk (relatively speaking), low-reward balance. Perhaps the heavy metal music combined with the down-in-a-hole theme will make Scatter Monsters an instant hit.