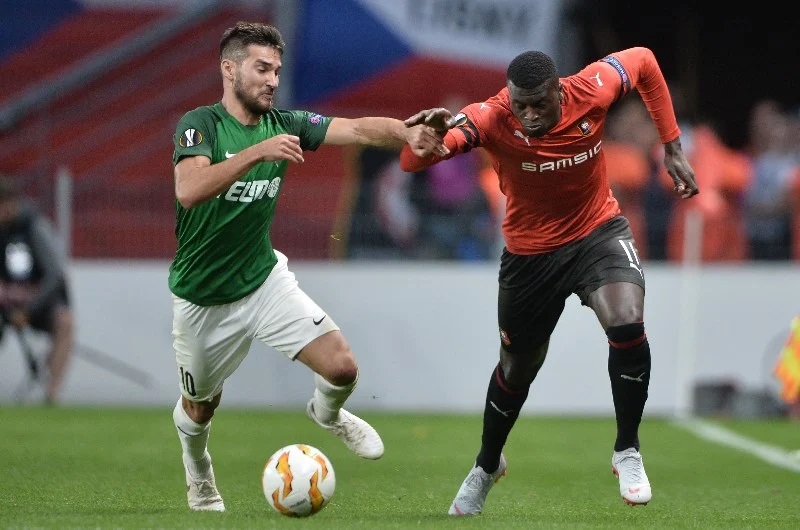 Rennes will face Dynamo Kiev at Roazhon Park on Thursday in what will be their third meeting in the Europa League group stage, giving them the chance to extend their unbeaten streak to eight games in a row across all competitions.

Stade Rennais leads Group B after two games with four points, while the Ukrainians are in last place after losing both of their opening two games of this tournament by a solitary goal.

Rennes had a difficult start to its 2022–23 season, winning just one of their first four domestic games. However, since the end of August, Rennes has found a nice rhythm.

Les Rouge et Noir have demonstrated this kind of depth and quality in the early rounds of this competition, and they appear to be back on track domestically as a result.

Rennes’ four goals in the Europa League this season have all been scored by different players, a feat that has only been surpassed by Feyenoord and FC Midtjylland at this year’s competition (five each, excluding own goals).

Les Rennais enter this match with a losing record in four of their last five meetings with Ukrainian opponents, although they have only lost one of their last 11 games in European competition—2-0 to Leicester City in the Europa Conference League last year.

In two of their previous three games played in all competitions, Rennes failed to maintain a lead in the second half. In their most recent Europa League match, they let a 2-0 lead slip away and drew 2-2 with Fenerbahce.

In addition, since losing 3-1 to Sevilla in their final group stage match at the 2020–21 UEFA Champions League, they have won four straight home games in all competitions.

Since their defeat in the 2022–23 Europa League was brought on by mental blunders, the 16-time Ukrainian champions have not been in the best of spirits in Kiev.

In their first group match at this tournament, Dynamo Kiev was defeated by a goal in extra time, and Michy Batshuayi broke their hearts with a goal in the 92nd minute to enable Fenerbahce win 2-1.

The Ukrainians lost 1-0 to AEK Larnaca on matchday two after conceding an early goal eight minutes into the game. This loss extended their winless streak at home in the Europa League to five games, which is their longest streak in the competition.

Dynamo has struggled in this competition lately, whether they are playing at home or away. They have dropped four straight games, which is more than they had lost in their previous 18 Europa League games, but they have never lost three group games in a single tournament.

Since making it to the last 16 of this tournament in 2018–19, Biyo–syni have not advanced past the group stage of a European competition. However, they did make it into the knockout round of the 2020–21 Europa League thanks to finishing third in their Champions League group that year.

This past weekend, Mircea Lucescu’s team defeated Myani 1-0 to snap a run of three straight road losses in all competitions. This was only their second domestic victory of the season.

Rennes possesses a much larger number of offensive threats with the ability to score goals than Kiev does.

Even though the visitors won the only two encounters between these teams during the group stage of the 2018–19 Europa League, the Ukrainians have given up their fair share of scoring opportunities on the road, and Stade Rennais has the tools to convert such opportunities into goals.