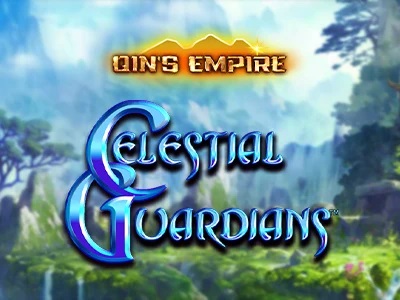 A broader Playtech series called Qin’s Empire includes Celestial Guardians, a slot machine with a Chinese theme and all the expected aesthetics. Once more, Chinese myths and history serve as an inspiration.

25 active lines can be found on the 5×3 reels of Qin’s Empire: Celestial Guardians. One of its main attractions is free spins, but there are also some rather remarkable respins that might be in store for you. The maximum payout on this slot machine is 2,651 times the wager, but the RTP is still very high at 96.45%.

It costs just $0.05 to try it out and place a wager. From there, it can increase significantly, with a single spin’s wager reaching $500.

The slot’s extreme volatility and the biggest jackpot of 2,651 times the stake don’t seem like they should go together, but the 96.45% RTP shows that everything balances out in the long run. A large portion of that will originate from the Grand Jackpot, which is obtained through respins and is worth 2,000 times the initial wager.

When Yin Yang Wilds appear on the reels, you can use them to complete any winning combos that can be created on their lines. They are used to replace conventional symbols.

The implementation of a respin functionality has a slight variation. You get there by landing six or more of the standard money symbols (Jade-colored cauldrons loaded with diamonds), and you aim to get more of them to appear throughout the course of the following three respins. As you gather the initial eight, then sixteen, then thirty-six money symbols, you could even unlock up to three further sets of reels.

When all spots are filled with Cauldrons, the Grand Jackpot (2,000x) can be won in addition to regular rewards and set jackpots.

Additionally, there is a free spins feature with a maximum payout of 100 times and an initial offering of 5 rounds. They are unique in that more money symbols have been added, and all of the low-value symbols have been eliminated, increasing average payouts when winning.

China, its myths, and its history appear to be the focus of the entire Qin’s Empire trilogy. The similar thing is done in Celestial Guardians, although the action takes place in a remote area near to a tower. This game employs images of Chinese characters, the Yin Yang sign, Phoenix Birds, Wolves, Turtles, Dragons, porcelain vases, or pots holding silver ingots as its symbols. There are Royals as well, and naturally, when constructing combos, they pay the least.

I enjoy the direction they took with the Qin’s Empire: Celestial Guardians slot, especially since they upgraded and updated the often used respins for it. The Mayan Multi Mayhem demo slot boasts a good selection of bonus features, a nice design, and it has the potential to pay big. Overall, this new slot machine from Playtech is quite good. I enjoy the slot machine; it has excellent graphics, and also has some interesting  features.