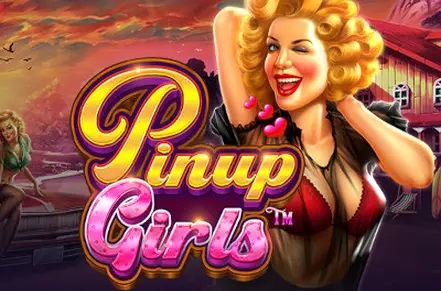 Pinup Girls is a slot machine developed by Pragmatic Play that uses a retro-style design and features sexy pinup models on its reels as a way to attract players.

In this slot game, you will encounter a configuration with 5 reels and 20 paylines. The maximum jackpot is relatively modest at 3,000x your stake, but the game’s return to player (RTP) rate could be as high as 96.44%. Be on the lookout for the slot’s wild and scatter symbols, as well as the free spins and progressive feature, which add extra excitement to the gameplay.

In the Pinup Girls slot game, players can place bets starting at a minimum of $0.01 and going up to $100. The maximum prize in this game is somewhat lower than is typical for Pragmatic Play slots, with a top payout of 3,000x the stake. This game is likely to have high volatility, but it also has a high potential return to player rate of up to 96.44%. This means that the game’s math model is designed to offer players a good chance of winning.

To play this slot machine, you will use a Progressive Feature that allows you to play through a series of 10 spins. During these spins, you can increase the multiplier for certain positions on the reels. The multipliers will reset after the 10th round. If there are any wild symbols on reels 2-4 during the last round of the series, they will apply their current position’s multiplier to any wins they help create. If multiple wild symbols contribute to a win, the multipliers will be added together.

The main feature of the game includes 10 to 20 free spins that can be activated by scatter symbols. During these spins, there are 5 rounds instead of 10, allowing players to use multipliers more frequently. Additionally, any positions where a wild symbol appeared during the previous 4 spins will become extra wilds during the 5th round. It is not possible to trigger this feature again.

The Pinup Girls slot machine is based on the aesthetic of models from World War II, known as pinup girls, who were known for boosting morale among troops. The slot machine features four pinup girls as the highest paying symbols, as well as symbols of shoes, perfume bottles, and standard playing card symbols known as “Royals.” These symbols all appear on the reels of the slot machine.

Overall, I enjoyed the gameplay in Pinup Girls and thought it had more to offer than just attractive graphics. The Progressive Feature was particularly enjoyable, especially during the free spins when it reached its full potential.