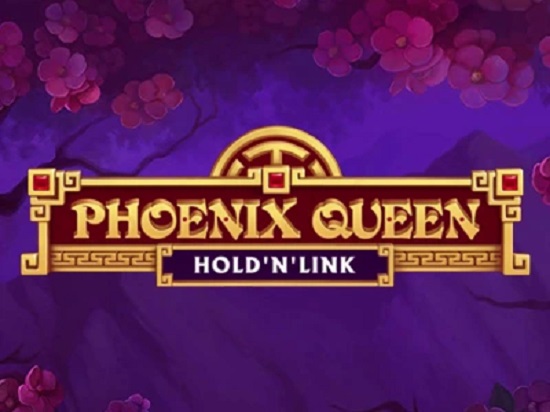 Stakelogic just released Phoenix Queen, a slot machine that is designed to remind the world of the mighty beings known as the Phoenix. It’s depicted as it appears in Chinese mythology, along with a variety of other symbols and imagery that feel appropriate for this type of game. The Hold n Link feature is significant enough that it is referenced in the game’s logo area.

On the 5×3 reels that spin in Phoenix Queen, there are 30 paylines. In what is otherwise an extremely volatile slot machine, a payout of up to 4,752x the bet can be collected if you receive a truly lucky spin. RTP can have numerous different values, the highest of which being 96.08 percent. You can discover about features like wilds and scatters, as well as Hold N Link respins, Cashpots, and free spins, by looking at the paytable.

Those who want to try their luck at Phoenix Queen can do so by betting anywhere from $0.20 and $100. All 30 lines will be active in the resulting spin.

Because this is a high-volatility slot (5/5), you might expect a large top reward, but that isn’t the case. Stakelogic mentions that the greatest prize is 4,752x the stake, which isn’t bad, but it’s not as good as some of the other slots.

The RTP can have four different values, with the highest of 96.08 percent being the only one that is reasonable. I wouldn’t recommend the other three because they’re at 94.25 percent or even lower.

The Princess Wild is one of the symbols capable of producing winning combos of 3 to 5 matching symbols. This symbol also serves as a wild, but the possibility to pay out a top prize of 17.50x the stake on each line is a nice touch.

Frequently, you will see Free Spin symbols appear in view, each with a distinct value. These are only beneficial if you can get at least six to land, which is entirely conceivable given that they look to land stacked.

Hold N Link is a bonus game that appears when a sufficient number of them exist. It locks the Free Spin icons and initiates a three-respin sequence that will be reset whenever new Free Spin icons appear. Either you run out of respins or all 15 seats are filled.

The game counts the number of symbols you’ve collected and then rewards you with set jackpots. The bare minimum is 12 symbols, which pays out 10 times the stake. The best is the 15-symbol one, which pays 500x the bet.

After Hold N Link is completed, the same feature determines the number of free spins you will receive. For each symbol collected, one free spin will be awarded. Because each collected Free Spin icon carries a multiplier, that amount will be applied to the current round’s wins, resulting in a significant boost (up to 20x multipliers).

While many other Asian-influenced slot machines feature graphics of dragons and lions, a select number will do the same for the Phoenix bird. One of these games is Phoenix Queen, and we can see it in several of its premium symbols. Overall, the graphics aren’t horrible, but they aren’t groundbreaking either.

We see basic Royals for the first five symbols, running from a ten to an A. The Phoenix birds come in three colors: pink, green, and blue. Then there’s a golden Phoenix, a Money Tree, and Princess Wild, the highest-paying of the bunch.

Phoenix Queen appears to be a viable option, mostly for the Asian market. One key drawback to get beyond is that the prizes aren’t as good as some of the others we’re seeing right now in high volatility slots.