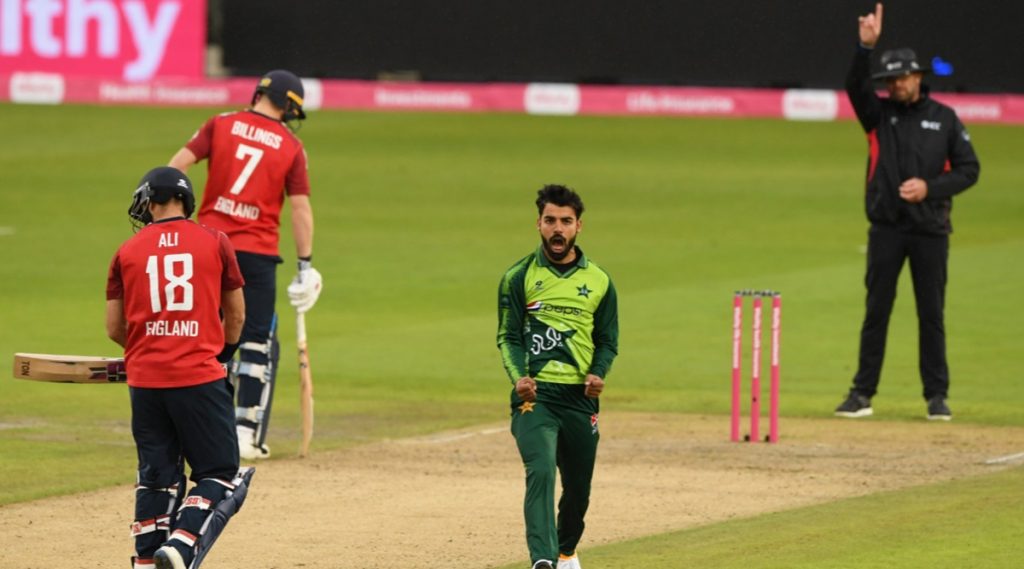 After a long time, England’s side came to Pakistan for 7 T20 international games. They did well in the first game of the series. England won the toss and decided to bowl first. The betting review has consisted of the latest performance, head-to-head, squads, odds, tips, predictions, scores in the last game, and individual outcomes. After reading all information, you will be able to make predictions. We are not responsible for any result.

Pakistan started well at the start of the innings. They posted 158 runs in the given time. However, after the first 10 overs, Pakistan posted 88 runs for just one wicket. However, in the last session of the game. England bounced back, too did well. Muhammad Rizwan posted 68 runs for just 46 balls. He proved a dangerous player once again. On the other side, Babar Azam also scored 31 runs.

In the middle of the game, no one stayed on the crease to handle the pressure of the match. Iftikhar Ahmad was another player to make 28 crucial runs for the team.

Due to all players’ efforts, Pakistan made 158 runs. Luke Wood from England proved a good player, taking three best wickets for him.

On the other side, England started to chase well. However, Phil Salt was removed by S Dhani for just 10 runs. After that English team decided to stay on the crease for maximum time. Alex Hales posted a 50+ score for him as well for the team. Harry Brook was another best player to add 41 runs for the team. The remaining middle order also succeeded in adding some handsome runs. That is why England remained well at teh end of the day. All the data in the review has been taken from reliable sources.

If we talk about the wickets, then Usman Qadir picked 2 wickets for him. S Dhani and Rauf picked up 1,1 wickets for each. However, they went for many runs. All the bowlers failed to stop the English players at a crucial time. It created a difference between the two teams. Here is head to head and predictions of teams.

Both teams faced each other in the last game. England remained well by 1-0 runs. He took the lead in the 7 matches.

After getting all the above data, you can make predictions. If you still have any issues, then you can compare more information. According to us, England is ready to win another series game. They showed outclass performance without the skipper Jos Buttler. We made these predictions very carefully. No one is responsible for any kind of result. Our primary purpose is to leave valuable data for predictions.