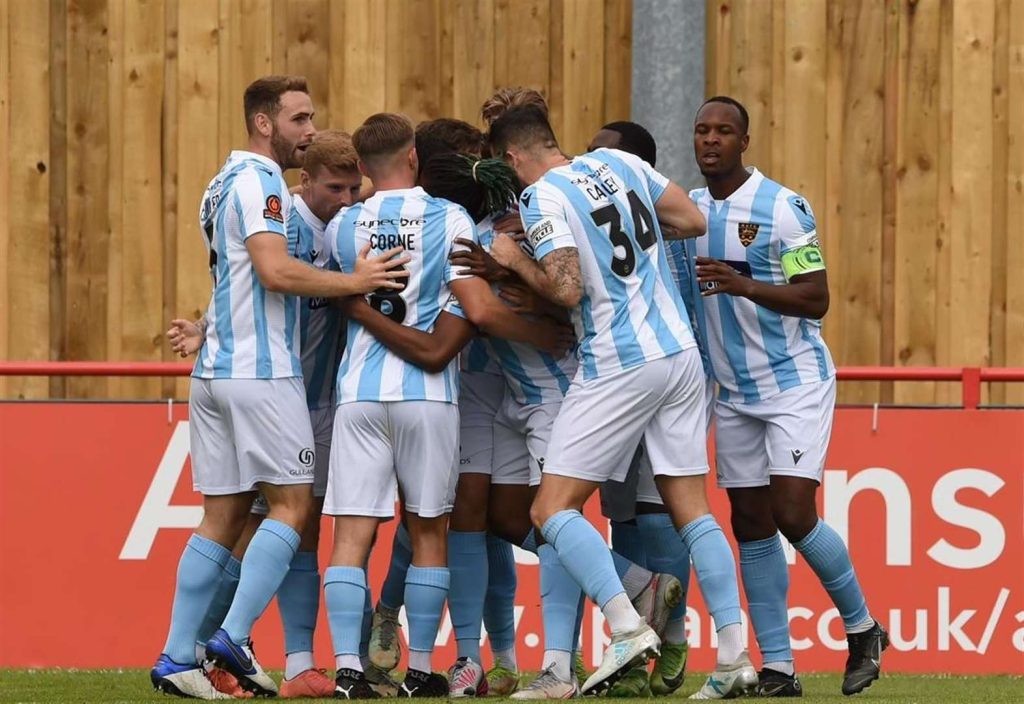 This weekend, two teams in the bottom half of the National League standings will face off as Maidstone United attempts to distance itself from the danger zone.

The hosts are currently one spot above the bottom four, but they will be put to the test because Altrincham has gone unbeaten in their last four games.

With just three points separating them from Torquay United, the team is now 20th in the standings, and a loss may push them into the relegation zone. Prior to last weekend, Maidstone had amassed a three-match winning streak; however, their winning streak was abruptly ended by Woking.

Sam Corne gave the Stones the lead, but they were unable to hold onto it as three goals in the second half resulted in a loss.Though they have only lost three times at Gallagher Stadium this season, Maidstone will have some confidence playing in front of their own supporters this weekend.

The visitors, who have only won one game thus far on the road, will face up against their strong home form against their weak away form.Phil Parkinson, an experienced manager looking to steer them away from their current position, will want to fix that right away for the crucial winter season.

Altrincham may currently be ahead of their rivals in the league, but they are still near the bottom of the standings and are only eight points above the relegation zone.

The Robins, on the other hand, are currently in a strong run of form as they have won their last four games without losing, which has given them some much-needed momentum. In their most recent game, they were tied for first place with Southend United after Altrincham twice came from behind to win thanks to goals from Ryan Colclough and Elliot Newby.

Due to their league standings, both teams will be keen to win this game, and playing opponents that are also having trouble could be the opportunity to accomplish so.

Despite Maidstone United having the home advantage, the visitors are most likely going to win this one due to their recent run of success.