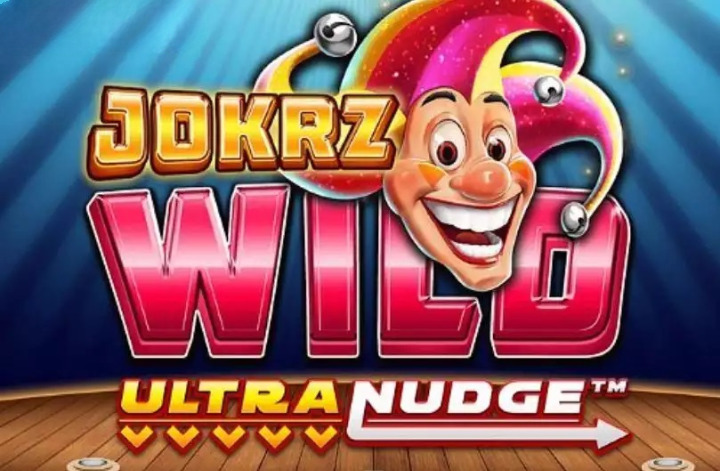 Yggdrasil Gaming’s Jokrz Wild Ultranudge is the most recent online slot with a classic-influenced design. Overall, it’s a modern design, yet it relies on the same old symbols that you’ve seen before. Fortunately, they added a handful of cool modern elements to assist improve it.

Jokrz Wild Ultranudge is a slot machine featuring 5×4 reels and 40 active paylines. There should be enough extra elements to keep a player’s interest alive, from the Ultranudge mechanic to scatters, multipliers, and stacked wilds. It also has a lot of potential, with payouts as high as 25,000x the bet if you don’t mind playing with your free spins. The RTP is also respectable, at 96 percent, but there will be a lot of volatility.

The betting options may be found in the bottom right corner. They let you choose a bet with a value ranging from $0.20 to $40.

When it comes to the prizes we’re seeing in this slot, they’re quite substantial if you can get to the free spins and get lucky. If you risk with your free spins, you can obtain larger multipliers and the feature’s potential increases to 25,000x your investment. The payouts can exceed 12,500x the investment if you only play them as is.

In terms of Return to Player, it’s actually rather good. Most people estimate 96 percent to be the average for a slot machine, albeit it is used in fewer and fewer games these days.

In Jokrz Wild Ultranudge, a Multiplier symbol is included in the package. It will just land on the reels someplace and contribute its value to the total multiplier for that single round. The multiplier is adjusted once the spin is completed and you have been rewarded.

In this situation, the Ultranudge is a crucial mechanic. It will activate after any round in which you have created a combo with the help of a wild. After you’ve been rewarded, all symbols push down, which might result in further winning combinations as the reels are rearranged and fresh symbols enter the gaming area. You can keep collecting wins and nudges in this manner.

Stacked wilds will also appear on those five reels, acting as substitutes whenever possible. They won’t be able to perform the functions of any of the other feature symbols. They pay as much as the top symbol if they wind up making their own combos (wilds only) (5x the stake for 5 symbols).

Free spins are a big component of the game, and you can get them by scoring the Diamond Bonus three times on the first, third, and fifth reels.

Both variants can be retriggered by landing three more Diamond scatters, have multipliers that don’t reset between rounds, and the Ultranudge feature activates even when there are no wilds in the winning combination.

They went with a traditional theme, so everything should feel familiar. They did, however, place the reels on a pedestal in what appears to be a studio. The icons on the reels are largely what you’d expect. Images of cherries, grapes, watermelons, bar logos, horseshoes, Sevens, Bells, as well as wilds, Diamond Bonus symbols, and multipliers, can be found there.

I’ll give it that Jokrz Wild Ultranudge is intriguing, despite the fact that it uses a classic concept with a Joker as the primary character. It’s one of the Yggdrasil slots worth examining right now because of its features and large payouts.