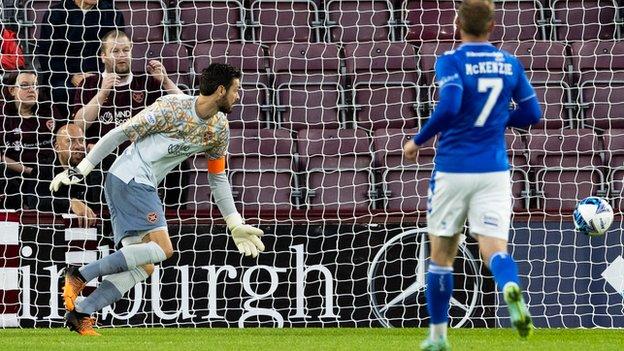 On Saturday at Tynecastle Stadium, Hearts will want to return to winning ways in the Scottish Premiership when they welcome Kilmarnock.

Both teams have been out of competitive play for more than a month, allowing them to put in some serious preparation time before the league season resumes.

Heart of Midlothian FC vs Kilmarnock Tips and Prediction

Hearts will want to improve on their strong performance in the Scottish Premiership thus far, as they now sit fifth in the standings under Robbie Neilson.

Despite having a solid start to the season, several extremely unfortunate injuries to senior players caused a drop in performance, which they have since begun to recover from.

In their last four league games, the Jambos have only lost one, a close 1-0 loss to Rangers in a game that, in all honesty, might have gone either way.

Hearts participated in a training camp in Spain during the World Cup break, where they faced off against Blackburn Rovers and Almeria in friendly matches. However, Hearts will now focus on their game against Kilmarnock on Saturday, where a win will allow them to overtake Livingston and move into fourth position.

Kilmarnock travels to Edinburgh with the intention of improving upon their erratic league performance in 2022–23, which caused them to hold the 11th spot in the table with 15 points from 16 games.

Killie have been impressive on home soil this campaign, grabbing 14 points from a potential 21 available at Rugby Park from eight matches with Derek McInnes at the helm.

Kilmarnock, who are now fighting for their league position, are only three points above Dundee United, who are in the relegation zone, as a result of their inability to score on the road.

Looking ahead to this weekend, if results go their way at other venues, Kilmarnock may climb as high as tenth in the league with a win.

Both teams will try to go on the front foot early in pursuit of an important win in a game that has big repercussions for the Scottish Premiership. Hearts will triumph on this occasion and get closer to their goal of making it to the European football tournament.