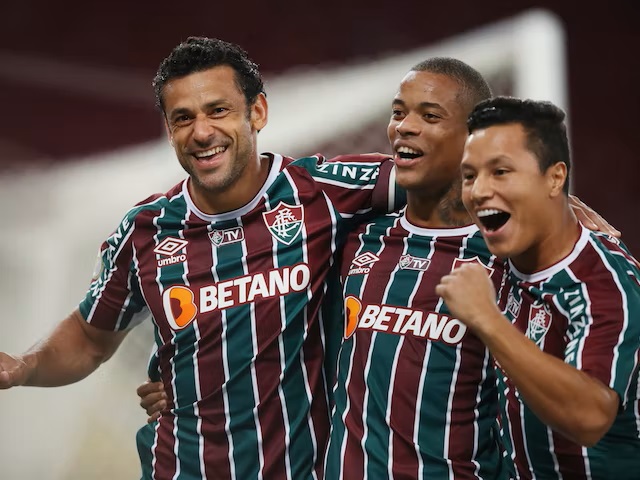 Following stunning victories in their previous matches for both teams, Fluminense will host Campeonato Brasileiro rival Ceara at the Maracana on Saturday.

In an effort to give retiring veteran forward Fred a fitting send-off, the home team will face an opposition that is unbeaten in 11 league games, with the last five of those games ending in draws.

Fluminense vs Ceara Tips and Prediction

In addition to confirming Fluminense as prospective title candidates during the Brasileiro match between Fluminense and Corinthians last Saturday, one of Flu’s favorite sons provided a stunning moment that electrified the Maracana.

Even though he came off the bench, former Brazil striker Fred was the highlight of the team’s convincing 4-0 victory. Supporters who have followed his career during two stints at the Rio club were enthralled by his appearances on the stadium’s jumbo screens.

After this week’s game against Ceara, where he was going to announce his retirement from football, he took less than 10 minutes to give the supporters what they wanted most, and an injury-time goal sealed Flu’s fourth straight victory.

On Saturday, when coach Fernando Diniz sends his team out to face Ceara, Brazil’s most renowned stadium is sure to burst with emotion once more.

They come into the game in great shape, having defeated Botafogo in the Classico Vovo and defeated Avai and Cruzeiro in the league and cup, respectively.

Tricolor, who are currently sixth in Serie A, are only five points off the lead, so they shouldn’t have anything to worry about while playing teams that are outside the bottom four.

In a tightly packed standings, Ceara is only one point and two spots away from the drop zone and is only six points behind Fluminense going into this weekend’s match.

The Fortaleza team hasn’t won a league game since early June, though, following five straight Brasileiro ties. The most recent result, a 1-1 draw with Internacional last weekend, was quickly followed by another Copa Sudamericana victory in the middle of the week.

The Marquinhos Santos-coached team breezed to a 3-0 victory at Castelao to advance to the quarterfinals of South America’s second-tier club championship after winning the first leg of their last-16 match against The Strongest seven days earlier.

Ceara really won every game they played in the group stage to get to the tournament’s knockout rounds, but recently while playing domestically, they have lost that winning edge.

The Alvinegro are one of Serie A’s most effective away teams this season, with only one loss in eight road trips, despite failing to earn all three points for several weeks now. As a result, they may look forward to traveling to the legendary Maracana.

Despite their skill in fighting for well-earned points, Ceara won’t be able to ruin Fred’s farewell party and end their perfect record.

A confident Flu team with greater depth in the offensive departments can increase their winning streak and possibly get closer to the league’s top team, Palmeiras.