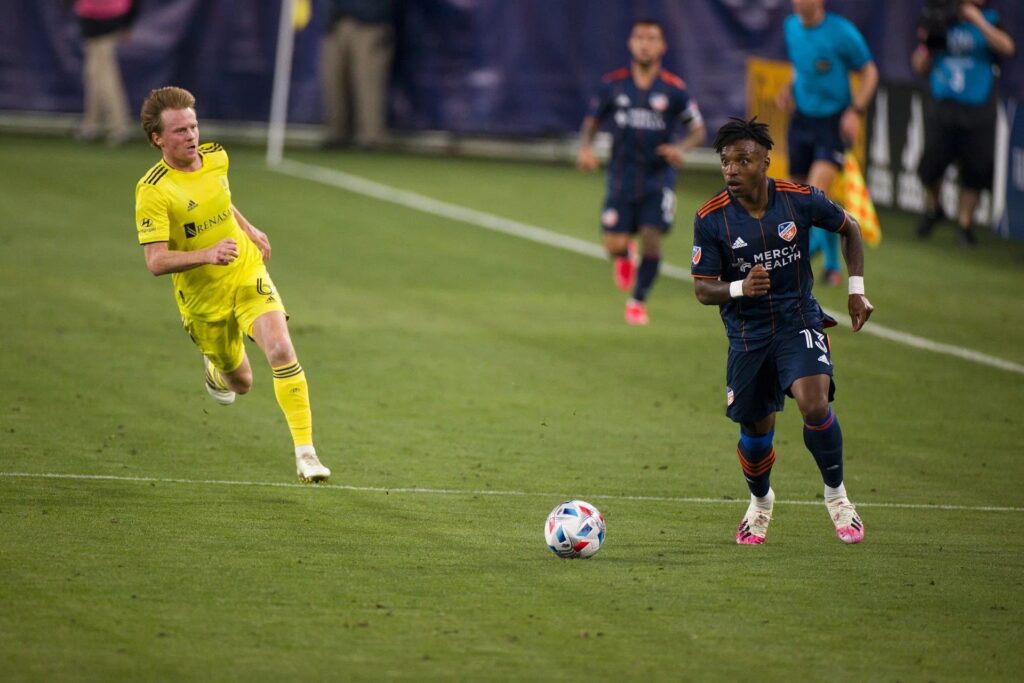 On Sunday, the final set of games in the 2022 Major League Soccer season will take place at the TQL Stadium between FC Cincinnati and Nashville SC.

Both clubs enter this match with losses from their respective most recent games, and they will be aiming to quickly get back on track.

After falling to Columbus Crew 2-0 on Monday at Lower.com Field, FC Cincinnati lost for the first time in seven games.

The Orange and Blue are now only a point ahead of their closest rivals in the battle for the last playoff slot after falling to seventh place in the Eastern Conference standings as a result.

The burden of competing against a rival squad with just one loss in the eight prior matches between the teams since 2018 is what they must do next.

The Sunday hosts will be eager to improve their home record, starting with this weekend’s game. They currently have the second-worst home record this season.

Nashville SC narrowly lost to Los Angeles FC on Monday at Geodis Park despite playing with a lot of heart. Hany Mukhtar’s goal allowed Gary Smith’s team to tie the score at the halftime after Cristian Arango had taken the lead, but Jose Cifuentes’ goal to start the second half decided the game.

Only four of the past 12 points were earned, and as a result, the Tennessee-based team has dropped to fifth position in the Western Conference.

The visitors on Sunday will be cautious of getting torn apart once again away from home after suffering a 4-1 hammering in their most recent away game.

There isn’t much separating the teams going into this match, so we anticipate a tightly contested fight with the honors being split evenly after final whistle