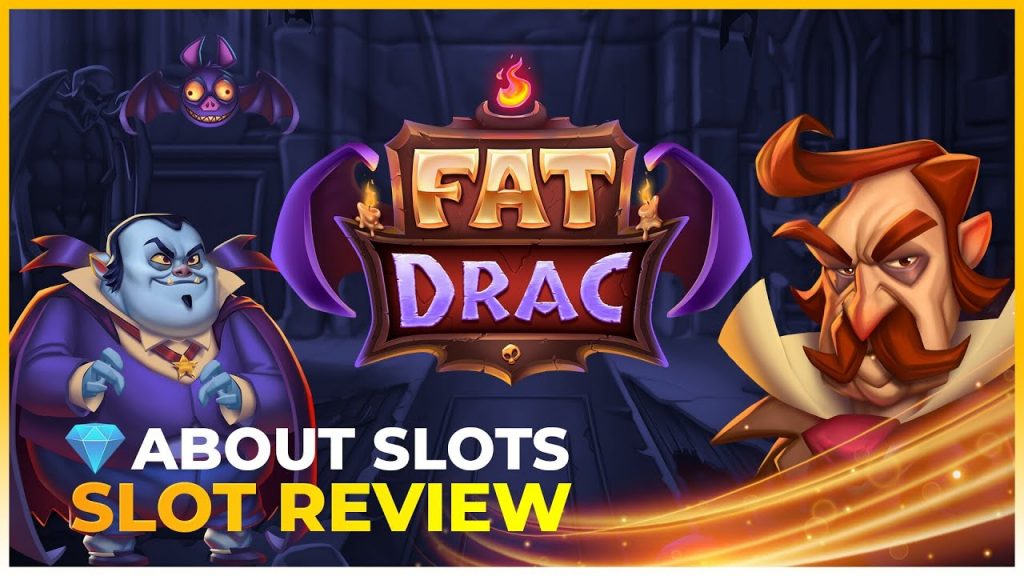 One of the few slot machines that Push Gaming is currently working on is called Fat Drac. Push Gaming takes their time releasing new games, and as a result, they are able to produce some awesome games. It appears to be a take on another of their games, Fat Rabbit, but this time it will be influenced by vampires, namely Count Dracula. When translated from Romanian, the language Transylvania is spoken in, the word Drac means Devil, which is normal given the situation.

Fat Drac only has 20 active lines in its 5×5 reel game area, which is a massive game area for any slot machine. With a jackpot worth up to 50,000x the initial wager, it is still more than capable of winning over players. The drawback of winning a prize like that in a game is high volatility, even though RTP can be very strong at 96.57%.

The minimum wager with Fat Drac is $0.10, and the maximum wager is $100. You don’t worry about individual line bets because you have the whole amount to work with.

This game has so much potential, which is what I love about it. It is permitted to pay out 50,000x the stake in a single spin, which is impressive considering that there are only 20 active lines in the game.

The math does not support expecting large payouts from often paying slots. Although there is a lot of risk present and there is high volatility, the RTP is as high as 96.57%. Remember that Play n GO offers operators several RTP values to select from; as a result, you should check the help files to make sure they are using the best one.

There are 7 Instant Prize Bubbles next to the reels, and they move forward by one spot every round until they are no longer visible. These can be gathered, and doing so will result in payment, including the game’s highest reward (50,000x the stake).

Fat Bat is a feature that appears at random. The Fat Bat is brought in to gather all Instant Prize Bubbles that are readily apparent in the game area. The player is then compensated.

The Coffin is another item that could net you some of those rewards. Its appearance on the reels initiates a brief feature in which you may choose how many bats will show up and award you with instant prizes. You can get as many as 5 bats.

The scatter, which can start the free spins if at least one Goblet symbol is also present on the reels, will be an image of Fat Drac. This Fat Drac symbol does serve another purpose, though. It will either change into a Bat or a common symbol. The player’s prize will be collected for them by bats as they go to one of the Instant Prize Bubbles.

You activate the free spins when you land a combination of the Fat Drac and Goblet icons. Once inside, the choosing feature changes if a coffin symbol appears, allowing you to now choose among extra free spins, up to five bats, or goblets.

By gathering goblets in this mode, the Fat Drac will grow larger and be able to eventually control the entire playing area. Extra free spins are added along with the increase in size.

It’s an online slot with a vampire theme, but it’s not intentionally scary. The greatest quality symbols are used, and everything is made to look cartoonish. A fat vampire plays the lead part because humor is used when it’s suitable. Along with the four card suit images in the lowest paying positions, there are goblets, skulls, and various other scary symbols.

Push Gaming, a company that rarely releases content but does an excellent job with each new slot machine they introduce, has just released another interesting title with Fat Drac. It will pay very well and be highly volatile.