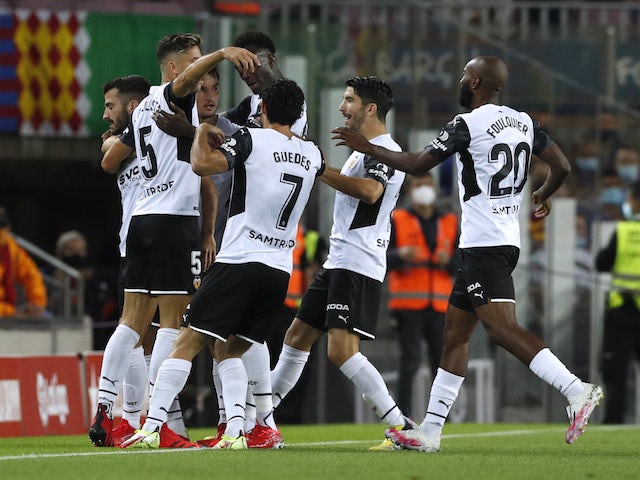 Following on from the current international break, Espanyol and Velencia will resume to action and fight in the seventh round of a La Liga fixture on Sunday.

The host recently sit just above the dismissal zone with four points from their starting six outings, while their opponents are just five points better off in ninth spot.

Espanyol vs Valencia Tips and Prediction

After a sluggish start to the season with only four points from their first six games, Espanyol will play again on Sunday in an effort to turn around their record.

The Periquitos started the season with a draw and two losses until recording their first victory in commanding fashion with a victory away at Athletic Bilbao.

In an effort to continue their winning streak after that away victory, Diego Martinez’s team traveled to Sevilla. Despite coming back from a three-goal deficit through goals from Braithwaite and Joselu, they ultimately came up short before facing another difficult test away at Real Sociedad before the recent break.

After Alexander Sorloth scored the game’s first goal, Edu Exposito tied the score for Espanyol in the 19th minute of that match. However, Espanyol would lose that game by a slim margin as Brais Mendez scored the game-winning goal at the half-hour mark to hand Martinez’s team their fourth league loss of the season.

The Periquitos will be desperate to turn their form around and avoid dropping into the bottom three at this early stage of the season, even though neither of the two losses in the run-up to the break were particularly alarming. However, they do now only sit above the drop zone on goal difference. They welcome Valencia, who have had a mixed start to their La Liga season under Gennaro Gattuso’s new leadership, with three victories and three defeats on their record thus far.

Following a victory over Girona on the first day, Los Che suffered consecutive losses to Athletic Bilbao and Atletico Madrid before making a stunning comeback with a 5-1 hammering of Getafe.

Following that, they suffered a discouraging loss to Rayo Vallecano, leaving them with an unimpressive total of six points from five games going into their final game before the break—a home matchup versus Celta Vigo.

Samu Castillejo gave Gattuso’s team the lead in the first half, while Marcos Andre and Andre Almeida added goals in the second to secure a 3-0 triumph.

Los Che will look to establish some consistency and build a run of successful results when they return to action on Sunday in an effort to establish themselves in the top half of the division. Los Che are currently ninth in Spain’s top flight after six games.

We back Gattuso’s men to just get over the line on Sunday in their attempt to build a winning streak despite the fact that Espanyol’s front two can pose difficulties for their opponents given their failures so far.