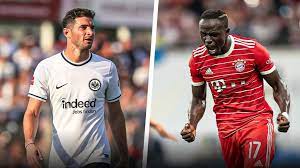 On Friday night, Eintracht Frankfurt will play host to Bayern Munich in the inaugural Bundesliga game.

Bayern is trying to win the Bundesliga for an 11th consecutive season, while Frankfurt won the Europa League the previous season.

Oliver Glasner’s first season in charge of Frankfurt was undoubtedly memorable, as the 47-year-old led his team to the final of the Europa League without dropping a single match.

The victory over Barcelona in the quarterfinals, when West Ham United and Rangers were finally unable to stop Glasner’s team from winning their first European trophy in 32 years, may have been the highlight of their trophy-winning run.

Die Adler’s league performance suffered as a result, and they finished in 11th place. However, given that winning the Europa League offers direct qualification to the Champions League group stage and is a fantastic trophy to win in and of itself, very few supporters could quibble with a mid-table finish.

Glasner will undoubtedly want more of his players this season on the domestic front after leading Wolfsburg to fourth place in the Bundesliga before leaving for Frankfurt.

On Monday, they defeated second-tier team Magdeburg 4-0 away from home in the DFB-Pokal to get off to a strong start. Debutant Lucas Alario scored one of the goals.

Even though they have been given the hardest possible start in the Bundesliga with Friday’s match against champions Bayern at Deutsche Bank Park, they appear to be in a position to compete on all fronts after signing Mario Gotze and Alario while holding onto star player Filip Kostic despite intense interest from West Ham.

Bayern still shown capable of scoring at will in last weekend’s 5-3 triumph over RB Leipzig in the German Super Cup, despite losing Robert Lewandowski to Barcelona.

With goals from Jamal Musiala, Sadio Mane, who was making his debut, and Benjamin Pavard, the Bavarians jumped out to a quick 3-0 lead at the interval against Julian Nagelsmann’s former team before holding off a valiant comeback attempt from the DFB-Pokal champions from last season.

In actuality, both teams played some electrifying football, making it the ideal Bundesliga season opener. Mane, who joined from Liverpool for almost £35 million to help replace Lewandowski, seemed right at home in a central position, and Nagelsmann’s tactical scheme suited his natural tendency to drift left.

Leroy Sane, who came on as a substitute, appeared to be returning to form, as well. He calmed any remaining nerves with a brilliant counterattacking goal in stoppage time. The former Manchester City winger sprinted the entire length of the halfway line before displaying outstanding poise to beat Hugo Novoa and Peter Gulasci, the opposition goalkeepers, and place the ball into an almost empty net.

Although Bayern’s opponents on Friday are likely to be more tenacious, if they continue in this vein, it will be difficult for anybody to stop them this year.

Frankfurt should give Bayern a tough test on the opening day and will almost definitely finish better than their 11th-place result from the previous campaign.

The champs, who last weekend displayed an unstoppable onslaught against Leipzig, may have too much firepower on this particular day.