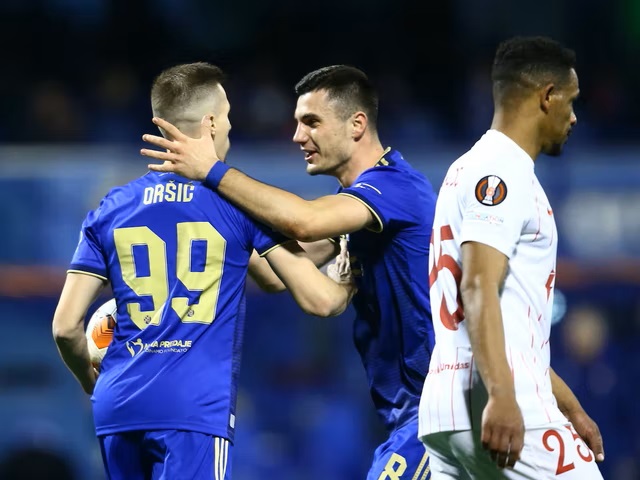 In the first leg of their Champions League second-round qualifying match against Dinamo Zagreb on Tuesday at the Stadion Maksimir, Macedonian champions Shkupi will try to take the first step toward pulling off a continental upset.

The hosts, meanwhile, are now competing in Europe’s top-tier competition after winning their 23rd Croatian top-flight championship during the 2021–22 season.

Last season, Dinamo Zagreb won the Croatian championship for the fifth consecutive year after defeating the eventual runners-up 3-1 on the final day of the season. They held a seven-point lead over closest rivals Hadjuk Split at the time.

Zeljko Kopic was replaced as manager midway through the season by 68-year-old Ante Cacic, who guided his team to an undefeated and goal-filled preseason before their domestic season also got off to a great start with a Super Cup victory on penalties against Split.

Friday marked the start of the new league season for Dinamo Zagreb as well. The champions narrowly defeated Lokomotiva Zagreb 3-2 thanks to a header from Luka Menalo in stoppage time after playing the final 12 minutes with an extra man. There is no question as to where the European nous lies going into the first leg because the current Croatian champions have previously competed in the Champions League group stage on seven occasions and advanced to the last 32 of the Europa League before losing to Sevilla, a team that has won the competition six times.

Furthermore, Dinamo Zagreb has not lost at home in any competition since December 2021, and even Sevilla fell to Croatia by a score of 1-0 last season, so few bets will be placed on Shkupi upsetting the status quo this week.

While Dinamo Zagreb had a free ticket into the second round of qualifying, Shkupi had to face Lincoln Red Imps on their own in the first round and almost allowed their Gibraltar-based rivals to reverse a 3-0 first-leg advantage.

Despite goals by Juanfri and 40-year-old Lee Casciaro in the second leg that cut the lead to 3-2, the Lincoln Red Imps were finally unable to score a third goal, and Shkupi narrowly made it to the second round.

After three consecutive first-round exits from Europa League qualifying between 2019 and 2021, the Macedonian champions, who won the First Football League for the first time in the 2021–22 season, 10 years after their foundation, are now playing at the highest level of European football.

Last season, Goce Sedloski’s team lost to Santa Clara at the second round of the Europa Conference League qualification, but if Dinamo Zagreb proves to be too powerful over the course of 180 minutes this month, they will at least have another shot at the Europa League qualifying.

Shkupi almost lost to Lincoln Red Imps in their second leg due to the enormity of the event, but they may at least feel confident after outscoring their opponents 3 to 0 in the first leg.

The Croatian champions should easily advance to the third round with a victory over Dinamo Zagreb, who typically finish first in group stage matches.