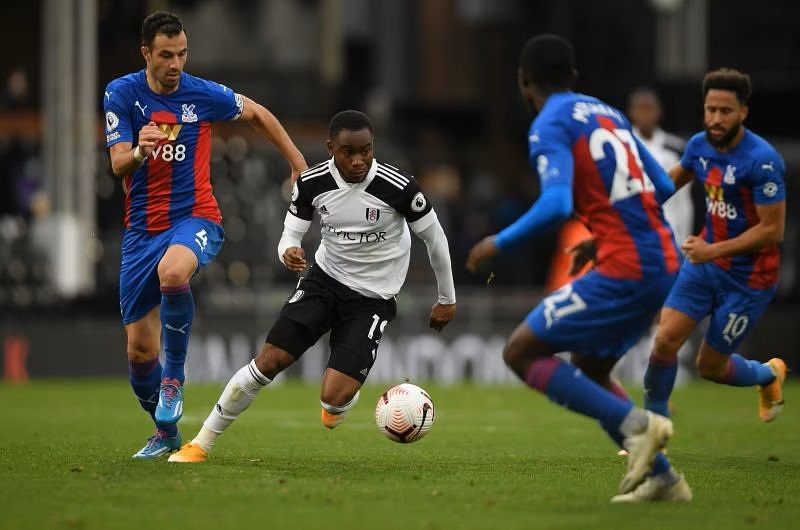 There is not too much change in the winning numbers of teams. Both sides would like to win this game. The betting review has consisted of the latest performance, head-to-head, squads, odds, tips, predictions, goals in the English Premier League, and statistics. After getting all information, you will be able to make predictions. Do not forget to get more data and compare at the end.

Both sides did not declare their final lineup. We have to wait till the start of the game.

I have checked that these two sides faced each other in April 2022. The final result was 0-0 between the two sides.

If we see the red and yellow card numbers, then both sides conceded only yellow cards in the last six games. So, do not worry about the red card.

If we see the predictions of teams, then Crystal Palace picked 51% chances to win. On the other side, Fulham also gained a 23% chance to win. The remaining 26% chance will go to the drawn game.

Goals in the English Premier League

In the English Premier League, Crystal Palace played 7 games and won 4 times. They failed in 2 games and one match did not take any side. On another side, they scored 10 goals and conceded 8 also. Zaha scored 6 goals for the team.

On the other side, Fulham played 7 games and won 2 times. They failed in 4 games and one match did not take any side. They scored 10 goals and conceded 13 also. Mitrovic scored 8 goals for the team. Let’s see which is a better side to win.

There are 2 games difference in the winning numbers of teams.

If we see the betting odds and tips of teams, then Crystal Palace picked 1/1 numbers versus 5/2 for Fulham. The remaining 5/2 numbers will go to the drawn match. Let’s see which is a better one to win the game.

Both sides succeeded to score in the last six back-to-back games of the English Premier League.

I tried my best to leave useful information for you. If you still face any issues, then you can get and compare more data of teams. In the end, I would like to ask you to choose the Crystal Palace as a better side. They can win any game in the season. All the players are in good form to perform at the crucial time. In betting, you have to take the risk. We are not responsible for any kind of loss in betting. Let’s see which is a better side to win the game.