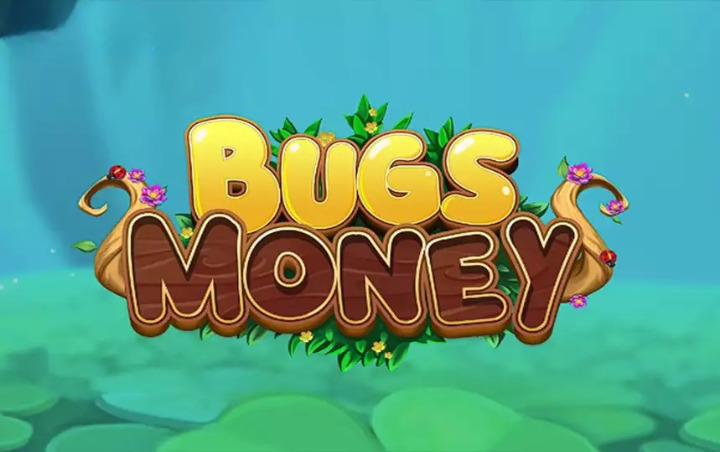 Bugs Money by Reflex Gaming and Yggdrasil Gaming themes around bees rather than the classic cartoon character Bugs Bunny. The game features several exciting features, including Glow Wilds, free spins with the potential for colossal win multipliers, and a massive max win amount. Despite its name, Bugs Money is not a licensed game featuring Warner Brothers characters but a unique creation from Reflex Gaming that will surely be a hit with players.

Upon starting Bugs Money, players are greeted by a simple forest scene featuring trees and bushes on either side of the game grid. The graphics are cartoonish and basic, unlike the flashy and retro-themed slots often produced by Reflex Gaming. At first glance, Bugs Money may seem like a basic and unassuming game, but it boasts a powerful math model and a range of features that can lead to big wins. It’s like a friendly bumblebee going about its business of collecting pollen and bringing it back to the hive to create honey. Despite its initial appearance, Bugs Money has the potential to be a highly impactful and rewarding slot game.

Bugs Money has a range of Return to Player (RTP) options, with the highest at 95.5%. The game’s volatility has been rated as high, but players can adjust the volatility of the bonus round through their choice of free spins options. Bet selection is another factor that can impact gameplay, with base levels starting at 20 p/c per spin. If available, players can also choose the Golden Bet option, which increases the stake by 50% in exchange for doubling the chance of triggering free spins. To limit liability, the default maximum bet has been set at €/£1, although some operators may allow for higher maximum stakes. Overall, Bugs Money offers a range of options for players to customize their gameplay and potentially increase their chances of winning.

Bugs Money plays on a 5-reel, 3-row game grid with ten fixed paylines. To form a winning combination, players must land at least three low-paying symbols or two high-paying symbols on consecutive reels, starting from the left side of the grid. The low-paying symbols are colorful patterned clubs, diamonds, hearts, and spades, and five-of-a-kind will payout 5x the bet. The high-paying symbols consist of a flower, a blue-winged butterfly, a ladybug, and a purple/yellow butterfly, and five of a kind will payout 20 to 100 times the stake. The game also features wild symbols, which are stoppered bottles with fireflies, which can substitute for all regular pay symbols.

Bugs Money has a modest selection of features, but they can still pack a punch in terms of gameplay and win potential. The two main features in the game are Glow Wilds and free spins. Glow Wilds are wild symbols that can appear on the reels and have the ability to expand to fill an entire reel, potentially leading to big wins. Free spins are a classic slot game feature that allows players to spin the reels for free a certain number of times, with the potential for multipliers to boost winnings even further. These features add an extra level of excitement to Bugs Money and can lead to some impressive payouts for players.

The Glow Wilds feature in Bugs Money can trigger on any base game spin or during the bonus round. Glow bugs appear randomly on the reels, adding wild symbols to the game grid when activated. Wild symbols can substitute for other symbols on the reels, potentially forming winning combinations and increasing the player’s chances of winning. The Glow Wilds feature adds an extra layer of excitement to the gameplay and can lead to some impressive payouts

If players land 3, 4, or 5 scatter symbols during the base game, they will trigger the free spins round and receive a payout of 8x, 40x, or 200x the bet, respectively. Once the free spins round has been activated, players will have the option to choose one of four different free spin options:

Reflex Gaming has a history of producing slots with a somewhat unique feel as if they are both over- and under-produced simultaneously. Some of the studio’s previous releases, such as Moley Moolah, Krazy Klimber, and Sea God, have been described as awkward and peculiar, with old-school graphics and gameplay that may not appeal to all players. It’s possible that Reflex Gaming is targeting a niche market with its games, one that enjoys more unconventional and potentially humorous titles. However, these games may not be as popular or well-received as mainstream releases from other studios.

Bugs Money is a more polished and streamlined game from Reflex Gaming compared to some of its previous releases. While it may not be as refined as a game like Wild Swarm from Push Gaming, it still offers high-quality graphics and gameplay. One of the main selling points of Bugs Money is its huge winning potential of 55,028 times the bet. The game’s bonus round, which consists of free spins with a win multiplier, is basic but can be quite volatile and has the potential to generate huge payouts, especially if the Queen Bee symbol appears to increase the win multiplier even further. Overall, Bugs Money offers players an exciting and potentially lucrative gaming experience.

Without its massive max win number, Bugs Money may not be as appealing to players. While the game’s graphics and overall design are attractive, they are not striking or sophisticated. However, the game’s substantial winning potential and decent payouts for high-paying symbols make it a potentially lucrative option for players. Although it is not the most visually impressive game, Bugs Money has all the elements needed to deliver massive payouts to players.