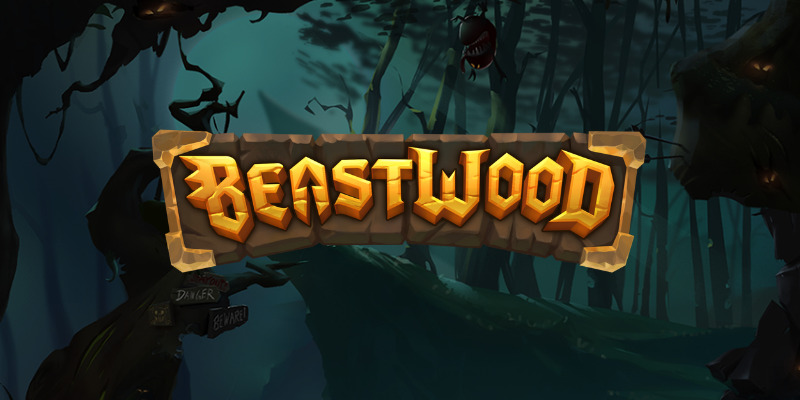 Quickspin continues to impress with their newest announced offering, Beastwood, a slot machine. There are a lot of modern elements that you’re not likely to find anywhere else in quite this fashion, with a modest initial setup yet many chances to win and Endless Reels. It also has a scary tale, with monsters and a dark forest, which, combined with the game’s high-quality graphics, makes it very enjoyable.

Beastwood begins with 3×4 reels and 64 ways to win at the start. It does, however, have an Endless Reels feature, which means that whenever you win, the playing area keeps adding more reels with symbols. Despite the fact that the game has a small playing area, the game pays up to 29,000 times the stake. There are three RTP levels, the best of which being 96 percent. Symbol Multipliers, Reel Multipliers, and free spins are among the remaining features.

A top payout of 29,000x the bet will always be a significant inducement for a player, regardless of how volatile a slot like this is. In addition to the Endless Reels mechanism, there are symbol and reel multipliers, all of which can help you reach that kind of payoff.

The slot will be available in three different versions, each with a different RTP of 96 percent, 94 percent, or 87 percent. Only the 96 percent version is recommended.

Features of the Beastwood Slot

Beastwood is a three-by-four-reel slot machine with multiple chances to win. The Endless Reels mechanic will add an extra reel to the right side if you manage to make winning combos in the initial playing area. If you use that extra reel to extend a current win, another reel will be added to the mix.

The multiplier for any symbol’s initial win will be 1x. It will increase if you use Reel Multipliers or if you receive multiple symbols of the same type on the same reel. These additional multipliers are multiplied by the ones you’ve already gathered.

Finally, the value is added to the symbol’s value as stated by the paytable.

Beginning with the fifth reel, a 2x Reel Multiplier will be added for every three reels you get, which will be applied on the win.

The game will award you 10+ free spins if you get at least four bonus symbols in view (an initial 10, plus 3 more rounds for every bonus symbol beyond the initial 4). For each reel that goes beyond the fourth in this manner, the Reel Multiplier is applied. When a bonus symbol appears, you will be given one extra spin.

The action of the Beastwood slot begins within an old mansion that appears to be occupied by a monster hunter. The three initial reels are arranged on a purple scroll, which opens out as you play the game to expose more columns. Inside, there are excellent graphics, with the normal modern appearance that we see in every Quickspin game.

The images utilised in the symbols span from the 10 to A Royals to those depicting green or red monsters, devils, and the monster hunter.O

Beastwood Slot is an interesting slot with a nice theme for lovers of adventure. An RTP of 96 percent is not that bad for an excellent slot from  Quickspin.