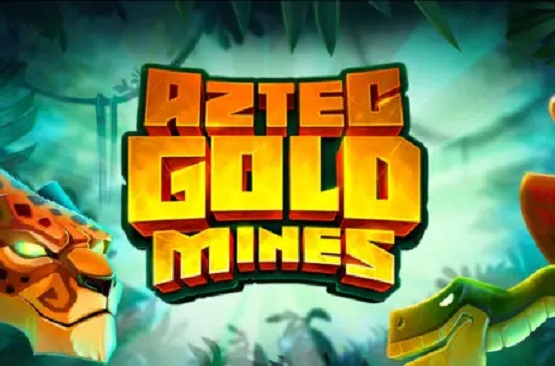 This is the third slot machine in the Aztec Gold series that we’ll be getting. Aztec Gold: Mines is one of iSoftBet’s games, and it’s a unique one at that. Expect Aztec-themed aesthetics, but the gaming area reminds me of a Minesweeper board, albeit without the level of skill and thought that that game requires. As you will see, things are a lot simpler here.

Aztec Gold: Mines will be played on a 5×5 square game board. There are a total of 25 squares to pick from. There are several game modes to choose from, each with 1 to 15 mines hidden and a variable amount of picks to make until you reach the top prize.

Each mode has its own prize, with the highest you can receive from one being 288x your stake. The RTP fluctuates as well, going from a low of 96 percent to a high of 98.88%.

The wagers are simple enough. All you have to do now is choose the amount that will start the following spin. There is a $1 minimum bet available, but you can go as high as $300 for one of these gaming rounds.

When you merely make one pick and then pay out, you will typically get the greatest RTP. The RTP can range from 96 percent to 96.38 percent (version with 7 mines, when you’re making 9 top 12 picks) if you wish to try for a bigger prize.

The gameplay isn’t overly difficult. The first step, after deciding which bet to utilise, is to select a number of mines to be hidden. On the screen, there can be anywhere from one to fifteen mines. You’re seeking for reward multipliers by clicking on certain squares. If you instead hit a concealed mine, the round will stop and you will not receive any prizes.

You can cash out with the earnings you’ve earned up to that time, even if you haven’t found one of those mines yet.

Although the wins are modest at first, the highest RTP is available at that point, so if you prefer a lesser volatility experience, this is the way to go. If you don’t mind increased volatility and want a better chance at a better prize, you should opt for more picks and possibly more mines.

Here are the various variations to pick from:

The slot’s design has an evident Aztec influence, but it isn’t the most striking option in this category. Snake-like designs may be found on the top and sides of the logo area. Below are the 5×5 symbol spots, which are originally vacant but can be filled with one of two sorts of symbols (Mines or Prizes). The surrounding environment is home to a variety of reptiles and hazardous animals.

Aztec Gold: Mines is an interesting game that isn’t quite an online slot, but it may be entertaining to play. It also has a high RTP, especially when it comes to certain methods that the player might use.