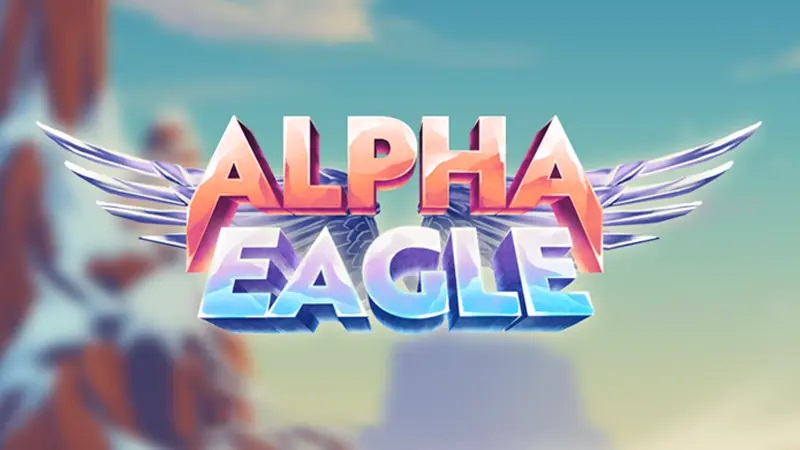 Take to the skies with casino game creator Hacksaw Gaming in Alpha Eagle, which is a sequel to Buffalo Stack’n’Sync and has many similarities to it. For instance, it uses a Stack’n’Sync function and is located in a gorgeous outdoor area that is home to a variety of wild animals. But there are also a lot of differences, such two separate bonus rounds and a totally different atmosphere. Come have a look if you’re curious to find out if Alpha Eagle lives up to its name or if it’s more befitting of beta status.

We now go on to the actual gameplay of Alpha Eagle, which is powered by a highly volatile math model that generates a range of RTPs based on how you approach the game. The default return value for selecting a normal bet of 10 percent to £/€100 per spin and pressing the spin button is 96.26%. A 5-reel, 4-row game grid with 20 fixed paylines for securing winning combinations for three to five of a kind crosswise is utilized in Alpha Eagle, which may be played on any device.

In order to use the Stack’N’Sync functionality, you must land an S’n’S symbol. The reel where the S’n’S landed is duplicated onto up to four other reels, and these additional reels are stacked with one particular type of symbol; these symbols can be regular payouts, wild symbols, or FS symbols. The stacked reels synchronize with one another during a respin and all stop in the same place.

The Stack’N’Sync feature, which has all five reels stacked, is activated by landing a golden S’n’S symbol. The golden Stack’N’Sync can only stack high pays or wild symbols. The multiplier that comes with the golden S’n’S is additionally added to any wins from the respin. The multiplier, which can be x2, x3, x4, x5, x10, x20, x25, or x50, is visible in the upper left corner.

In the main game, the Eagle Link feature is activated by landing three Eagle Claw scatters. There are two components to this. Only Eagle, Golden Eagle, or worthless symbols are present in the first part, the collection phase. When the Eagle or Golden Eagle symbols land, they stick in place and the player’s three spins are reset.

Try loading Alpha Eagle when your device’s audio are muted. Consider what kind of music would go well with the scene as you take in the gorgeous mountains, lofty peaks, snow that is falling, alpine trees, cool blue clouds, and the entire wintery scene. Panpipes? Some grandiose classical music? Now turn up the volume and enjoy a positive song that would have fit well in any number of 80s feel-good movies. It’s also fortunate that the music changes for the Eagle Link bonus round to something more contemporary, which should please synthwave enthusiasts.

Thankfully, Alpha Eagle has some useful features in addition to its flashy exterior. Although the Stack’N’Sync has potential, it was difficult to use when triggered from the bonus buy menu and only seldom produced fruitful results.