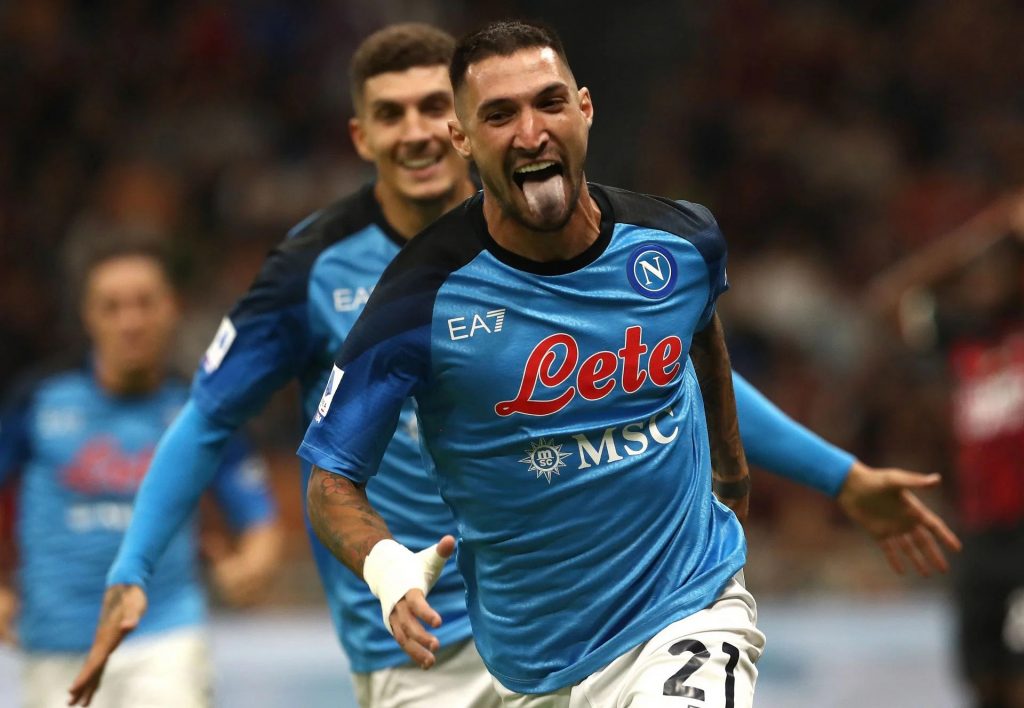 Group leaders Napoli will travel to the Amsterdam ArenA to take on third-place Ajax on matchday three of the Champions League Group A.

Ajax has made a strong start to the season thus far, defeating Scottish team Rangers before suffering a slim loss at Anfield to English powerhouse Liverpool.

On the other hand, the visiting Napoli team defeated Liverpool easily before cruising past Rangers at Ibrox to earn all three points.

Ajax vs Napoli  Tips and Prediction

Alfred Schreuder has had a successful start to the season in his first year with Ajax, both domestically and internationally.

Ajax is second in the table after eight games of the 2022–23 Eredivisie season and has only suffered one loss. In the Champions League, they have also made a strong start in a group with some stiff competition.

The following matchday, de Godenzonen traveled to Anfield to take on Liverpool. Despite drawing with a stunning goal from Mohammed Kudus, de Godenzonen was unfortunate to lose to Liverpool thanks to goals from Mohamed Salah and a late Joel Matip winner.

However, as the team reaches the halfway point, Ajax finds themselves in a positive situation. Kudus and Berghuis have been particularly dangerous in the final third with two goals and two assists, respectively. With five goals combined, they are tied for third place in the competition.

The offensive strength of Schreuder’s team has been translated into domestic competition, with 23 goals scored in the Eredivisie—the second-best conversion rate in the Dutch top division.

The four-time Champions League champions will be seeking to advance to the knockout stages of the competition, as they did the year before but were eliminated by Benfica in the round of 16 when Erik ten Hag was in charge.

In the last 20 years, Ajax has found it more challenging to get past the semifinals of Europe’s top competition, despite their remarkable defiance of the odds in 2018–19 to make the last four.

They will be trying to manage a successful outcome to give themselves a huge boost in their pursuit of Champions League knockout football going into a crucial match against a dangerous Napoli team. Under Luciano Spalletti, Napoli has had a fantastic start to 2022–23 and is now in first place in both Group A of the Champions League and Serie A.

They are one of the greatest attacking teams on the continent right now and have an impressive undefeated record across all competitions this season.

Napoli has scored seven goals from its two games during the Champions League group stage, which is the most of any side competing in the competition.

They have scored 18 goals in eight games at home, leading the Italian top division in scoring, and they have also been solid defensively, allowing only six goals.

At the Diego Armando Maradona Stadium, Spalletti oversaw an impressive performance on the opening day of the Champions League against 2021–22 finalists Liverpool.

A brace from Piotr Zielinski, along with goals from Andre–Frank Zambo Anguissa and Giovanni Simeone, gave the hosts a resounding victory despite a Luis Diaz response to cut the deficit.

During the second round of games, Napoli defeated Rangers at Ibrox thanks to a Matteo Politano penalty kick and late goals from Giacomo Raspadori and Tanguy Ndombele.

However, they did succeed in winning the UEFA Cup in 1988–1989, outlasting German team Stuttgart on aggregate over two games.

In the event that they overcome Ajax on matchday three, Gli Azzurri will make a significant advancement in their quest to go further in the competition.

We anticipate both teams to create a lot of opportunities and play an open game in what will be a closely contested match in Amsterdam, which could make them vulnerable to counterattacks.

Napoli’s superiority in the final third, however, will enable them to break down the Ajax rearguard. In the end, their attacking arsenal will be too much for Ajax to handle, giving them a slim victory.